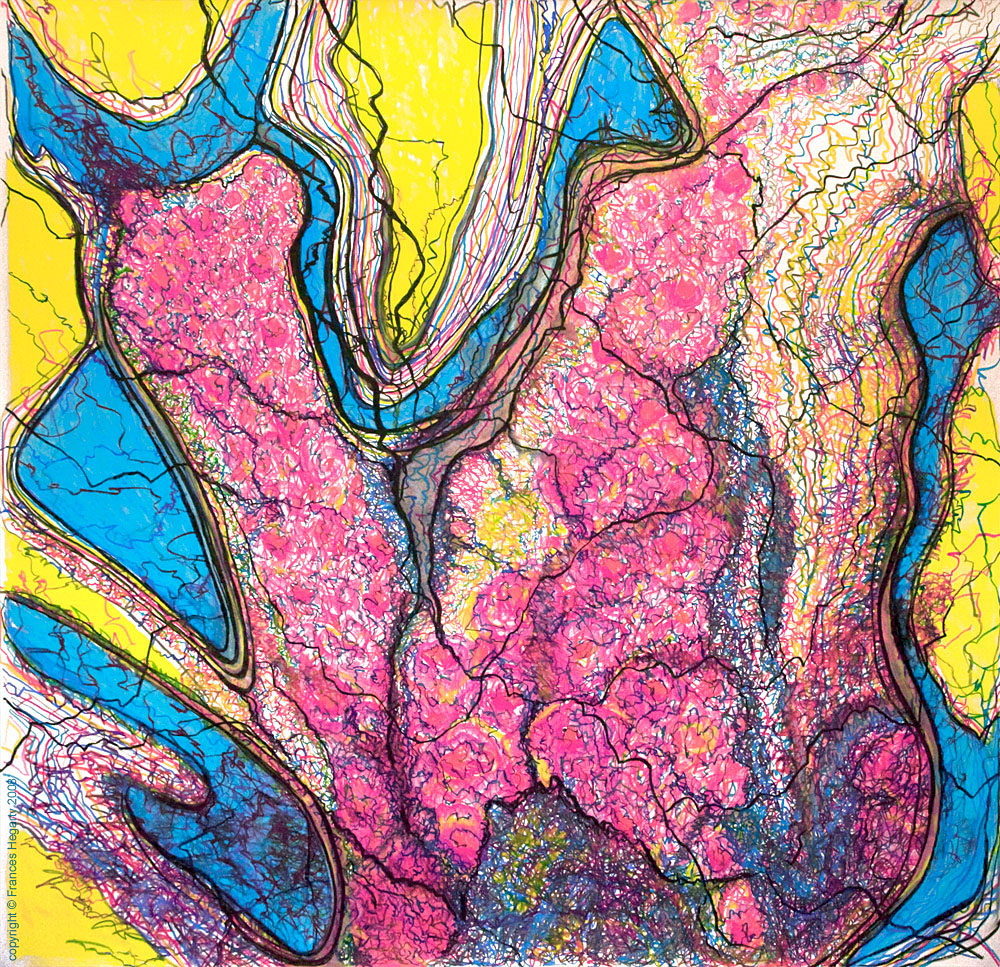 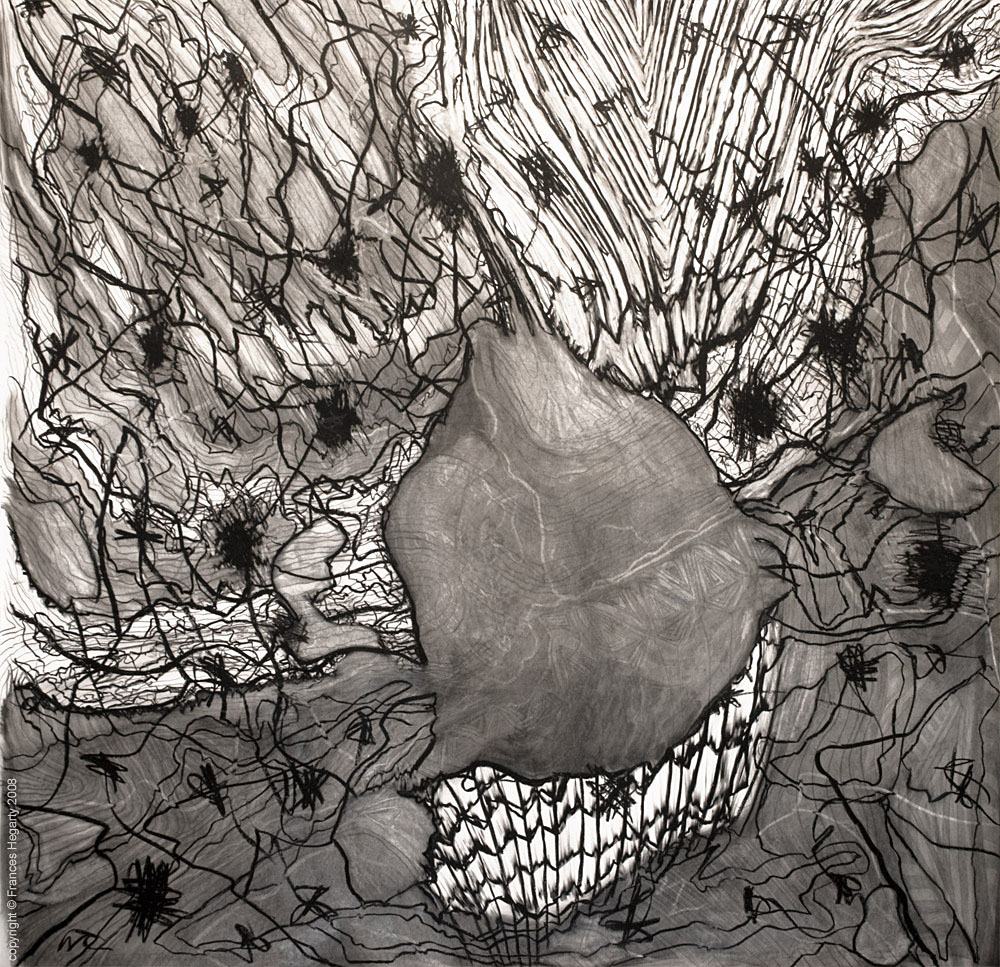 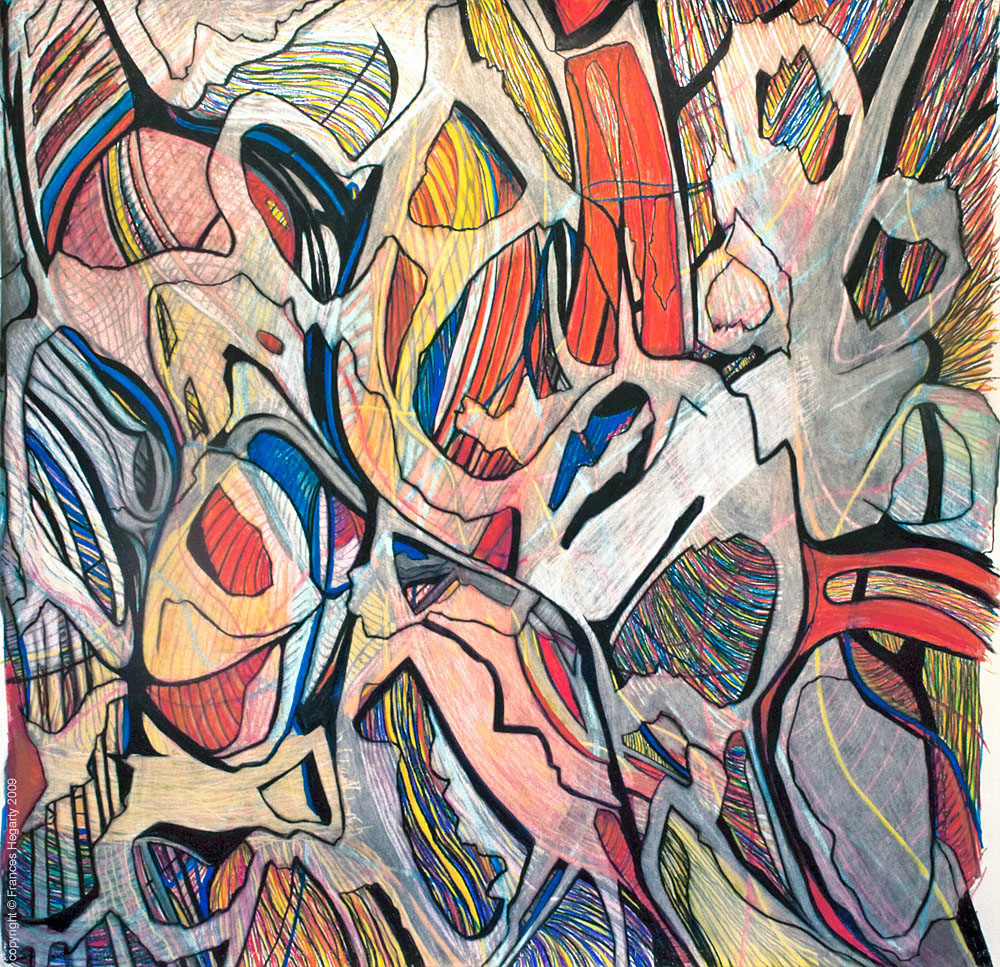 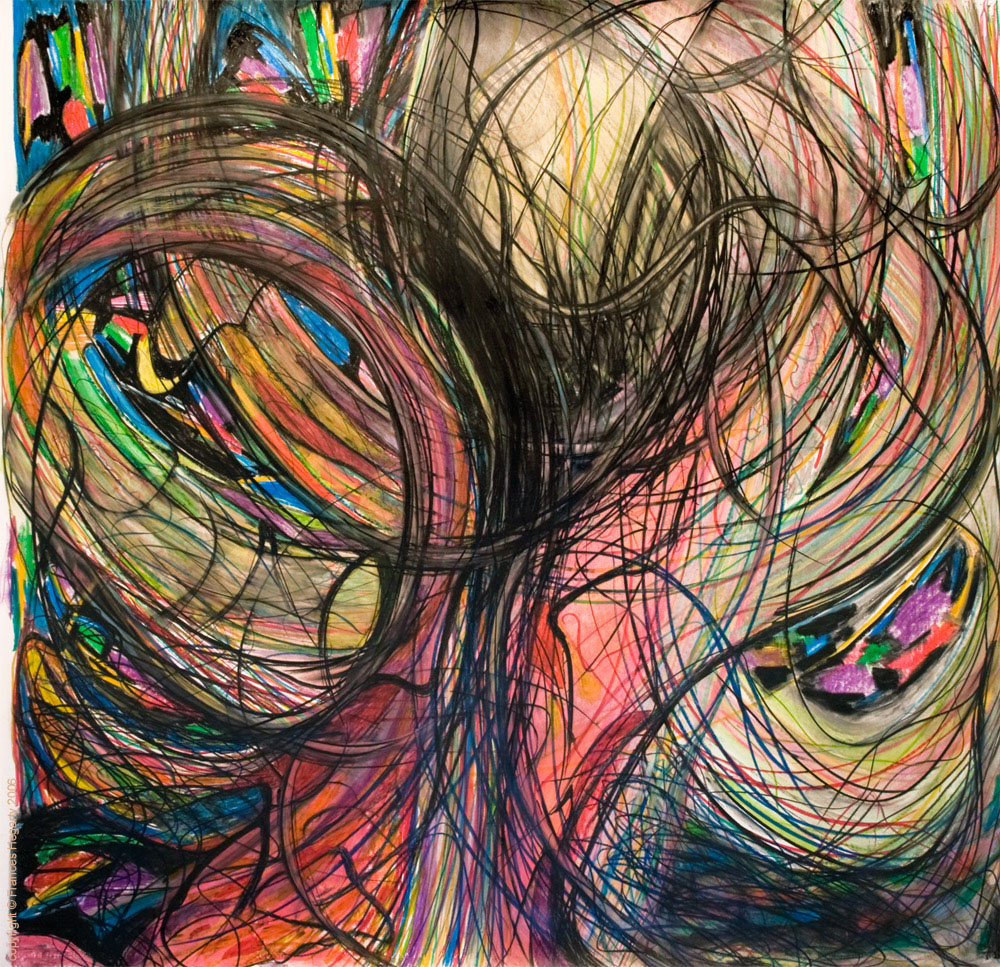 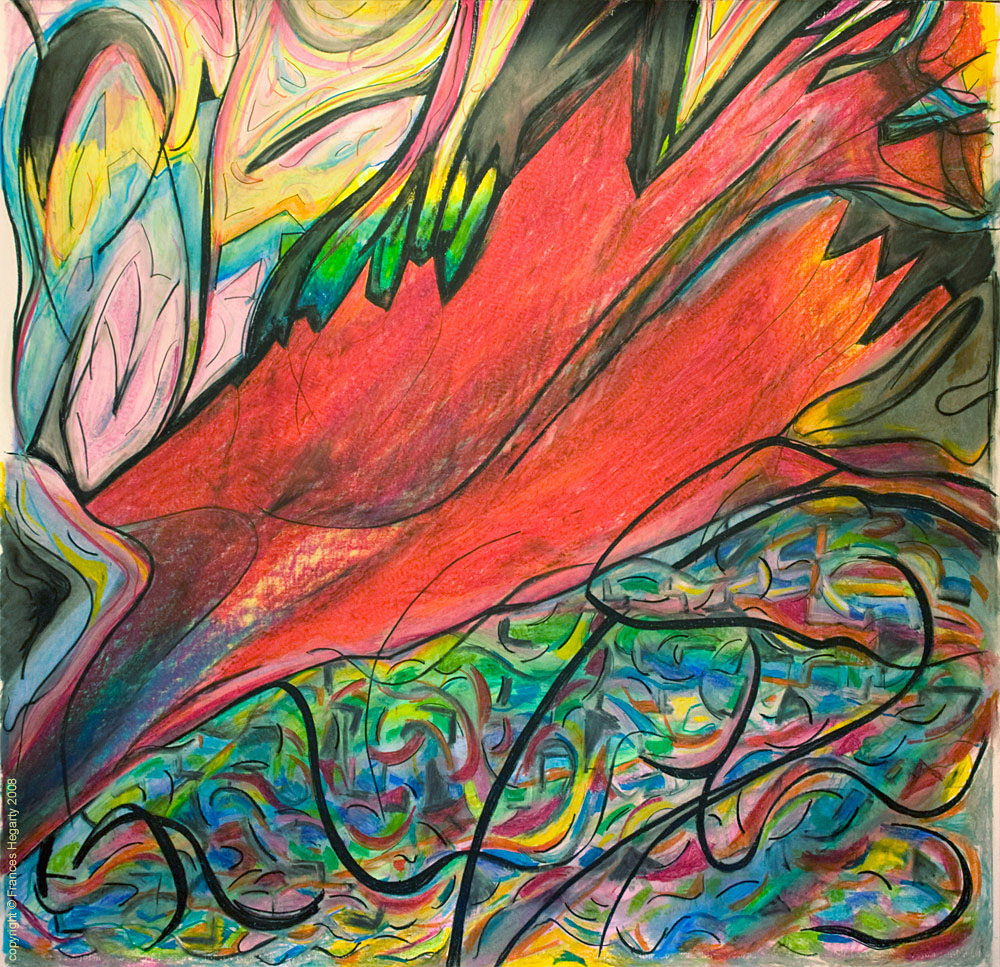 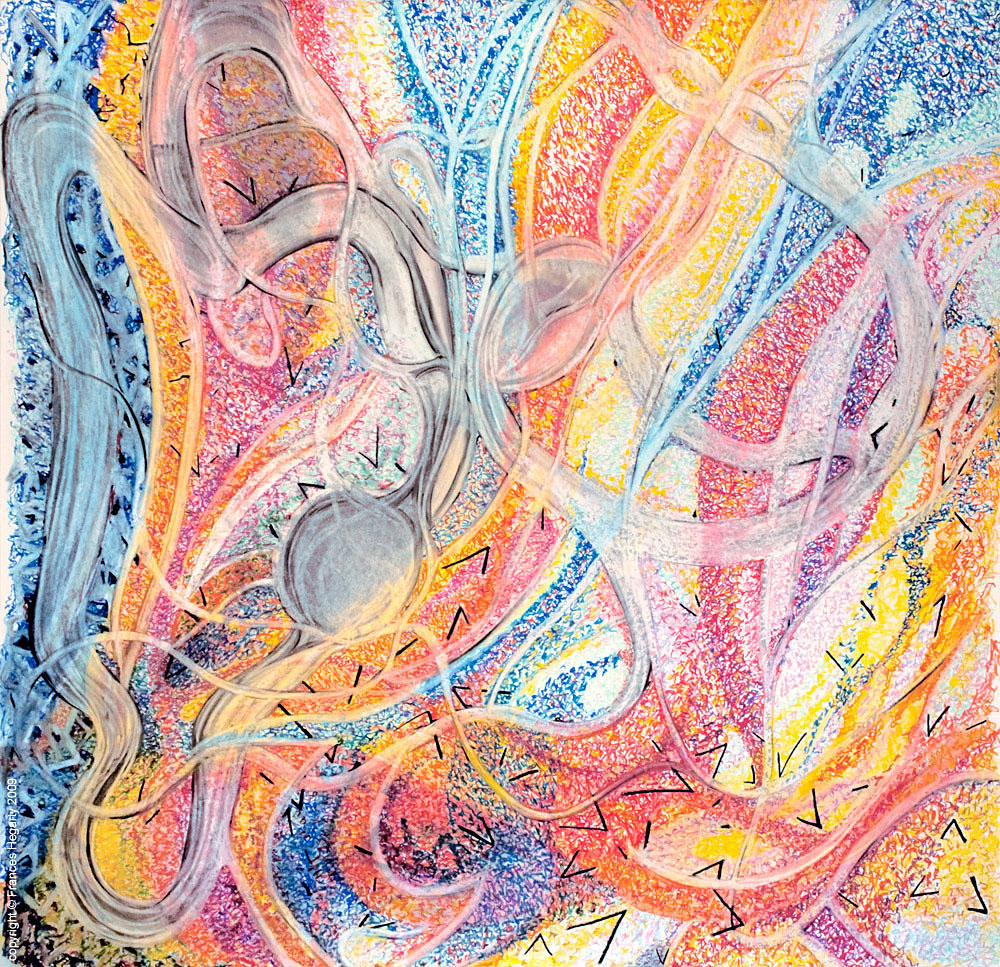 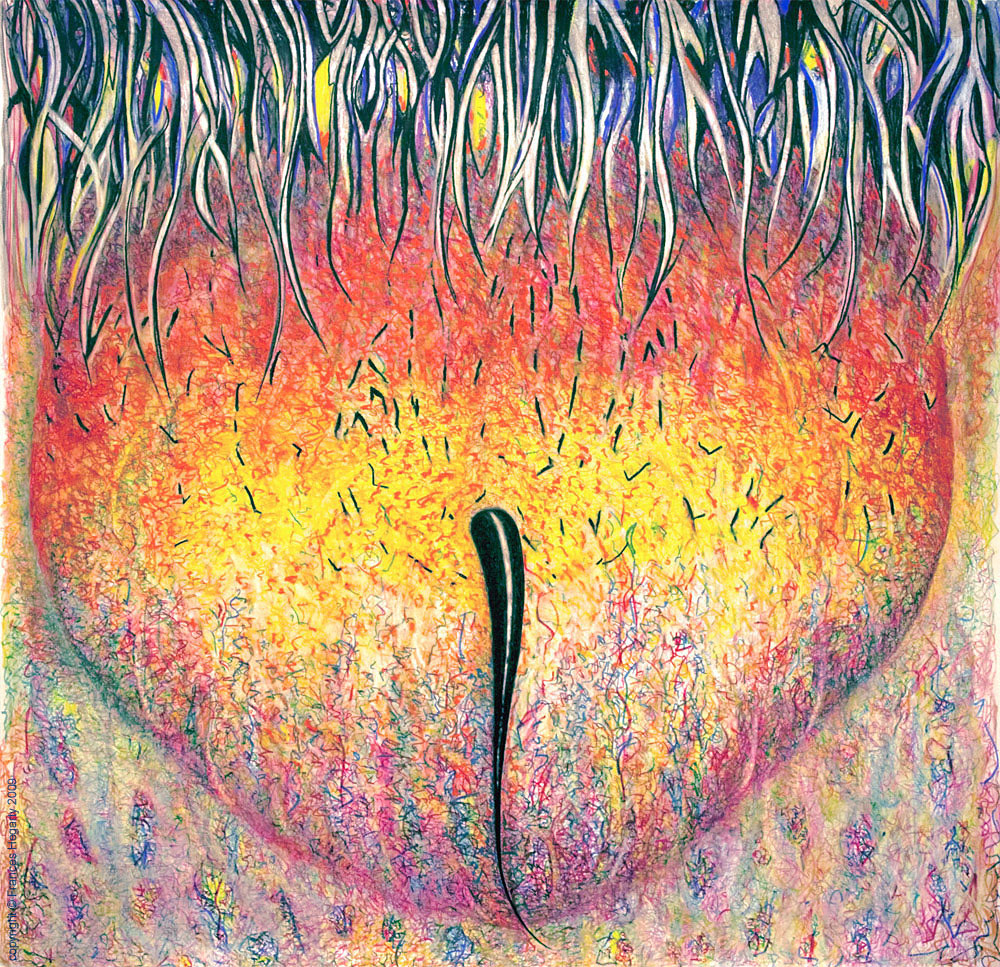 The drawings presented at Bloc by Frances Hegarty are selected from a body of work produced between 2006 and 2010, in which the artist's stated aim has been the finding out of ways to represent states of mind, or of corporeality. This period has entailed a shift in emphasis in the artist's working processes.

For over three decades Hegarty has produced live, video and installation work explicitly engaged with the politics of gender, identity and other conceptual issues. However, she has always maintained contact with drawing as a form of emergent thinking. More recently, she has immersed herself self-consciously in many kinds of visual culture, including a wide range of painting, artists' drawings and comic books. Often these have been forms appealing strongly to visual pleasure, but downgraded within the paradigm conceptual art.

There are many ways of thinking about the balance of the intellectual and the aesthetic in art, from theoretical models, such as Rancière's three 'regimes of identification' within a 'distribution of the sensible', to more practice-led thinking around what the artist does in the studio. Each of Hegarty's large drawings marks a period of struggle in which the tendency of drawing to become sensible too soon, to become representative of objects in the world, has been resisted in the name of allowing something hitherto unknown to find form. Interestingly, some of the drawings look like snapshots made by scientific apparatus, for instance, like those colour-enhanced electron microscope images which are disguised, via aesthetics, as wonderful or terrible end-points, but represent, after all, fleeting instants within living, changing matter.