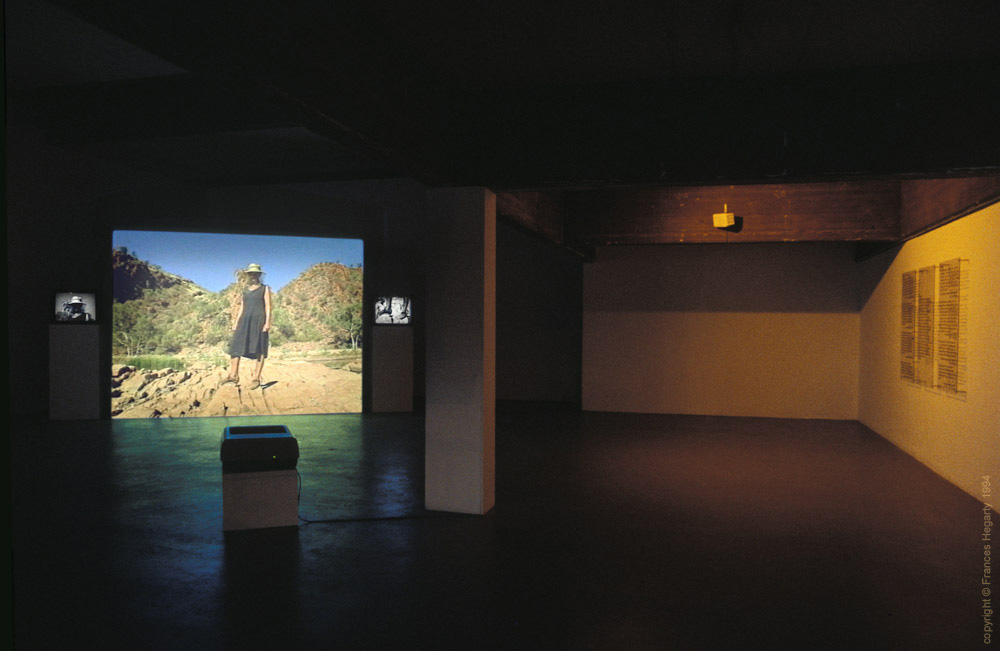 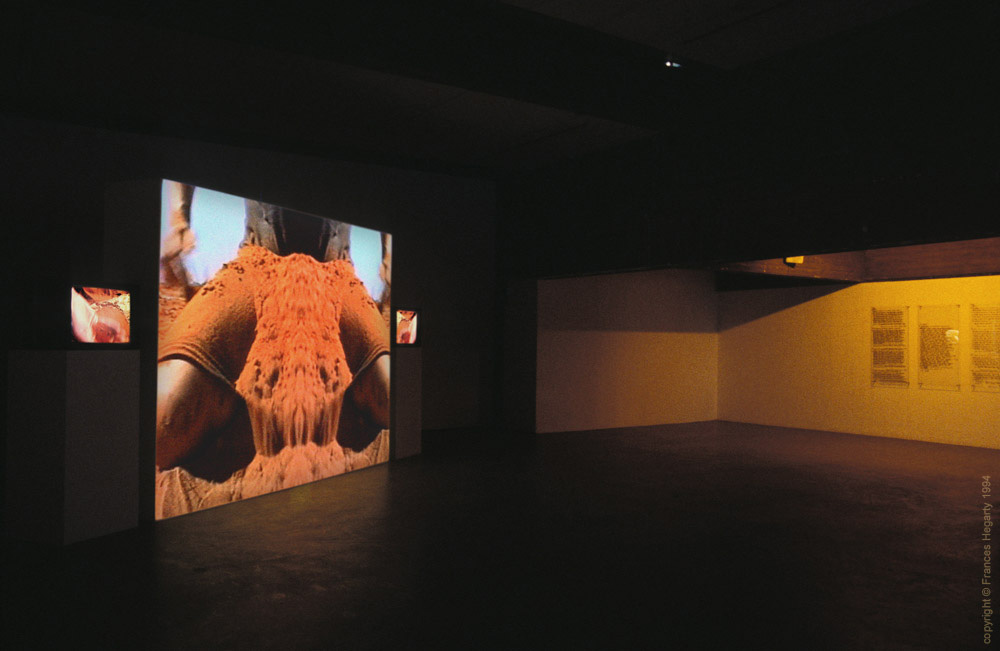 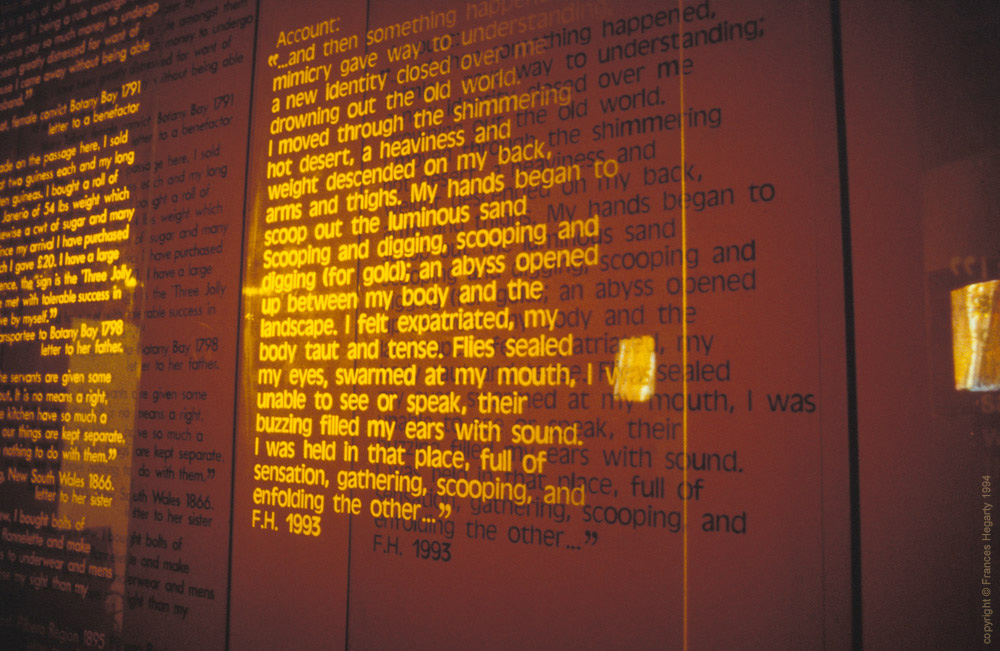 In the installation Gold Hegarty frames herself in terrains of contrasting visual impact, which also happen to be within geopolitical territories (Ireland and Australia) linked by emigration and colonialism.

The three-screen video cycle juxtaposes scenes shot in 1990s Ireland, and in the Central Australian desert and Northern Territories. Formal equivalents are proposed between culturally diverse elements: such as the city gates and security barriers of 1990s Derry and primeval rock formations; or the slicing of a turf-cutting slán and a mesmeric scooping of red desert sand.

Gold is a subjective work, in that Hegarty responds to the existential shocks she faces as a contemporary urbanised subject in some extreme Australian locations. But she also highlights her ambiguous status as an Irishwoman in Australia: subject in the past to the effects of British colonialism in her home country; ethnically kin to some of the early white colonisers of Australia; a self-confident agent of diaspora in her own lifetime but also, therefore, a possible agent of colonialsm herself at the time of her visit to Australia.

Boldly affective sequences occupy the large central screen, whilst the smaller side-screens are used as interrogative or reinforcing footnotes. In one instance the main screen shows Hegarty posing before a rock column in a river bed; as the side-screens show digital details of the same scene, scrutising the figure as if to discover more about her role in the image, or her intentions in the place she has chosen to occupy.